In the search of what gives a sense of harmony, we are amazed how intrinsic relationships are found in nature and music. The German art theorist Hans Kayser says that harmony is found in things with ratios of whole numbers. In music the ratio two thirds creates a fifth interval and the ratio 3/4 a fourth interval. Surprisingly, when singing overtones automatically these relationships are formed. In the Middle Ages musical harmony was limited to these few chords, what makes this sound so celestial. In the later music other arrangements made the music more dynamic and colorfull. (The use of the seventh (ratio 7/4) creates p.e.more tension).

Thinking about harmonic proportions in architecture, the first idea is using the 'golden ratio' (ratio 5/8 or phi, or 1.6), most of the time in a rectangle with these proportions but also a pentagon is built from this ratio. In nature, this is a frequent phenomenon, which is mathematically translated into the Fibonacci sequence. 1.6 is also the (measurable) frequency of positive cardiac energy. But there is more than the golden ratio ... In Gothic cathedrals we find also the musical ratios of third, fourth, fifth and octave, what reveals the 'holistic knowledge' of that time. The existence of so many harmonic patterns in the 'sacred geometry', in chemical structures, in crystals, plants, animals, people and sounds (including the music) appeals designers on their responsibility for the use of shapes and proportions. 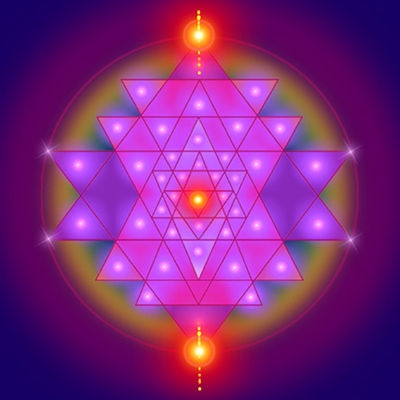